As the November election quickly approaches, the country will once again be looking to key states like Michigan to see which way the tides will turn. In recent years, Michigan and one of it’s largest counties, Macomb, have increasingly become a place of political contention and discussion. In the article below, I offer background information on Michigan and Macomb County, as well as a breakdown of the recent political situation.

Macomb County (pictured below) is a county located in the eastern part of Michigan and is the third-largest county in the state. According to census.gov, in 2019, Macomb County aad an estimated population of 874,000; 78% white, 12.5% Black, 4% Asian, and 3% Hispanic or Latinx. The median household income is $60,500 and the poverty rate is 11%.

Throughout the wide-ranging county lies a considerable wealth (and race) gap. Counties such as Bruce Township and Washington Township have median incomes of over $85,000, while other areas such as Roseville and Mount Clemens have less than half that with median incomes of around $43,000.

More than just a statistic, this gap is also felt by the people who live in the county, as explained by Nancy Duemling at a community conversation held in Macomb County earlier this year: “There is a divide or perceived divide within the county…in the north end, you’ve got some pockets that are the wealthiest parts of Macomb County, up around Shelby and Romeo. And down here, you have some of the poorest pockets of Macomb County.” The two northern cities that she refers to, Shelby Township and Romeo Township, both have median incomes about $70,000, putting them on an upper-middle level in the county.

Along with this income gap comes a race gap, in which the northern parts of the county and the cities along Lake St. Clair maintain majority white populations, while residents of color live in the lower regions.

According to census records, Roseville and Mount Clemens are 75% and 70% white (respectively), while Bruce Township and Washington Township are 92% and 93% white (respectively). Further south in the county, cities such as Eastpointe are only 45% white. This large discrepancy in demographics contributes to Macomb County being a strongly disconnected county and something of a political battleground.

Of the past ten presidential elections, Macomb County voters have voted for the winning candidate eight times, causing it to also be considered something of a bellwether for the country politically.

This term was popularized in reference to Macomb County by Democratic pollster Stan Greenberg, who issued a popular study analyzing white voters in the county who voted 66% for Ronald Reagan in 1984. While the term evokes a political age that has passed, it still aptly points to the ways in which Macomb is a county primarily composed of working-class, socially-conservative white people. Plus, with the large win Trump pulled out in Macomb County during 2016, the days of the “Reagan Democrat” may not be that far gone. 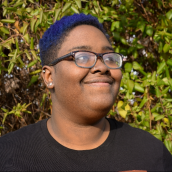