Time and time again, the Trump administration has portrayed the Latino community as its main antagonist. From calling Mexicans rapists, criminals, and drug dealers in 2016 to rescinding the DACA program in 2017, and then condemning the Central American migrant caravans of 2018, President Trump has long established his anti-bad hombre political agenda. Now, the Latino vote carries the magnitude and impact needed to elect Biden and throw Trump out of office.

As the 2020 election date gets closer, the demographics of its electorate also get clearer. For the first time in American politics, the Latino community is set to comprise the biggest racial minority. Data from Pew Research Center indicates that the 32 million eligible Latino voters will account for almost 13% of all eligible voters, slightly 1% more than Blacks and almost 9% more than Asians. With this leading-edge, Latino voter turnout has become more crucial than ever.

The sleeping giant must be woken if the nation wants to see true change in its path to equity. Trump’s presidency has both featured anti-Latino verbal attacks and also led to an increase in  hate-crimes against Latinos. As commander-in-chief, Donald Trump has made Latinos feel unwelcome in their own country by constantly denigrating or ignoring their contributions. Thus, in November 2020, the Donald needs to go. El pueblo needs to demand the respect that comes in the form of better policies and treatment of Latino communities and families.

Election Issues that Center Around the Latino Community

Immigration is one of many high-priority issues for the Latino community. Trump’s immigrant detention centers have become infamous for barely providing the necessary materials one needs to survive: silver thermal blankets, three meals a day, a shower once a week, and a mat on the floor to sleep. The pictures and reports dispersed by activists highlighted these camps’ inhumane conditions, the lack of sanitation and general inhospitable living space. If anything, Trump’s immigrant detention “camps” have done more to over-exhaust the immigration system instead of directly fixing the problem by granting migrants asylum or legal residence within the US.

The  “zero tolerance” family separation policy has taken more than 5,400 children away from their parents. At the same time, ICE has inexplicably lost track of more than 1,500 unaccompanied minors while claiming they are not responsible for the children’s disappearance. Of the children who have remained in ICE custody, more than 4,500 have filed sexual assault and harrassment complaints.With the recent spread of COVID-19,, the reputation of immigrant detention camps as petri dishes for disease has escalated. Some studies even claim that “coronavirus cases at immigrant detention centers could be 15 times higher than ICE reports.”

Additionally, Trump’s decision to rescind DACA on September 5th, 2017 deeply hurt the Latino community. While the Trump administration claimed DACA was unconstitutional, the Supreme Court recently decided this reasoning was not sufficient to fully end the Obama Administration-initiated program. Even so, lingering uncertainties in programs like DACA show why Latinos should support a president who will promote comprehensive immigration reform with legal paths to citizenship for undocumented immigrants, diregarding whether they have qualified for previous programs like DACA.

Another key issue for the Latino community is access to reproductive health care. Given that many Latino community members lack affordable healthcare access, recent Republican plans to defund Planned Parenthood would significantly impact Latinos. Almost 23% of Planned Parenthood’s 2.4 million patients are Latino (compared to only 16% who are Black) which illustrates how the Latin community relies on Republican-endangered institutions like these. It is crucial that el pueblo votes for Biden this fall should affordable reproductive health care stay in place, and even better–– be made more accessible.

Other matters like raising the minimum wage and stricter gun laws have also gained Latino attention in recent years, turning the Latino community more socially and fiscally Democratic. Latinos should vote in November in order to truly move these progressive policies forward.

Let’s Not Repeat Mistakes of the Past

There is a lack of nuance that confuses people into thinking that the Latino community is the most underinvested community when it comes to civic participation. Various studies have demonstrated that since 1996, the percentage of Latinos who didn’t vote surpassed the amount who did. This and similar studies spread the idea that Latinos and other communities of color do not vote because they are lazy and uninterested. Indeed, instances of voter suppression in the past or inability to vote promoted said notion, but it is essential that today’s eligible Latino voters register to vote and that moving forward, they become committed to voting in future elections.

While enduring the Trump Administration for the past four years, Latinos have been nettled endlessly and incessantly by anti-immigration and other racially-charged policies. The Latino community has come vis-a-vis the Trump Administration’s legislation and disparaging rhetoric and they should not tolerate such treatment any longer. As a powerful electoral force, the Latino population needs to stop standing by and must make haste to the voting booth. In particular, about 62% of Latino voters live in only 5 states: California, Florida, New York, Arizona, and Texas. Three of these are swing states (TX, AZ, FL) which means that the more Latinos vote in said states, the more likely it is that Biden will win the electoral vote. 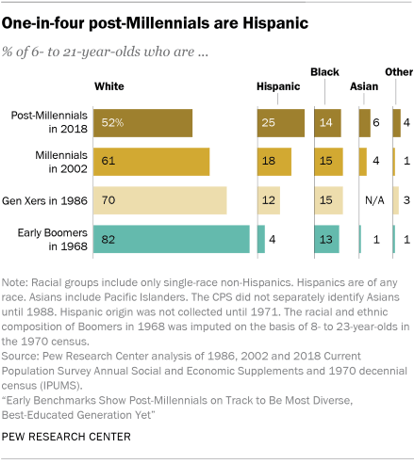 The changes major Latino leaders are advocating for will only start with Latinos voting for a Latino-friendly President. In this case, the candidate that fits that profile is Joe Biden. As Latinos, it is time to stop being complacent, register to vote, and at the end, vote for Biden. The majority of the minority has the power to decide next year’s President. It is vital for the Latino community to know that their vote counts and that it matters. Their votes and voices need to be accounted for in this election. 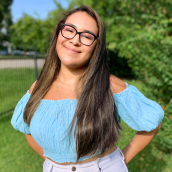